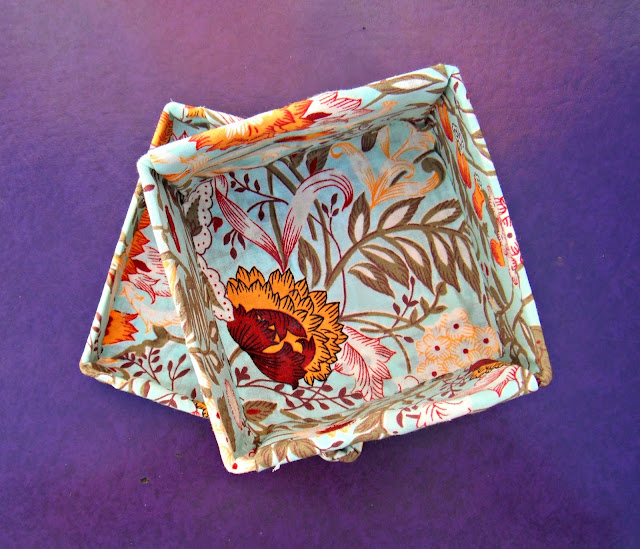 Hi! Amy here again, I'm still stuck in Dunedin and still procrastinating from studying for my exams. This covered box was so easy to make and is super cute. I put together a bunch of items that I think are necessary for a basic sewing kit, and in this adorable box the kit would make a great gift. The box covering can be a bit fiddly but because of the slow drying nature of PVA you can fiddle around with the material until you get it right. 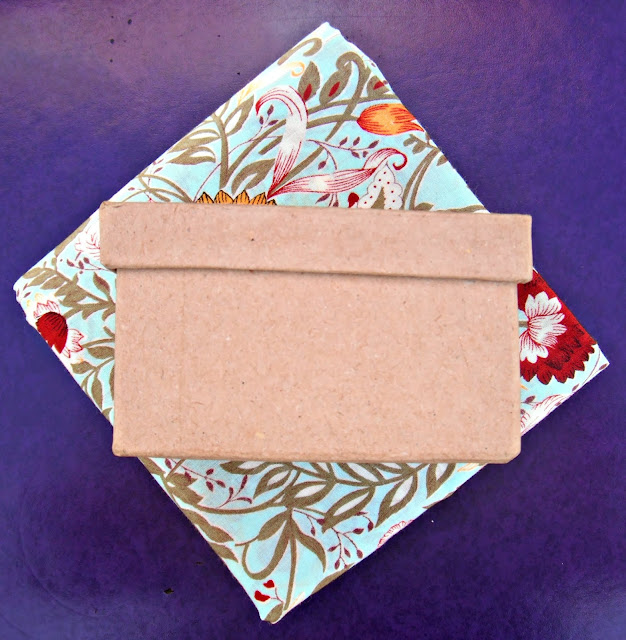 Step one- Begin by cutting out two squares of material, one for the lid of the box and one for the box itself. Place the box on your fabric and cut around it, leaving a wide border; it needs to be wide enough to cover the outsides and the insides of the box. 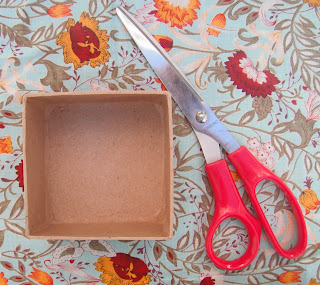 Step Two- I began by covering the lid first, but the first few steps for covering the box are the same. Paint glue onto the top of your lid and place it in the middle of the square of material, smoothing the material so there are no lumps. 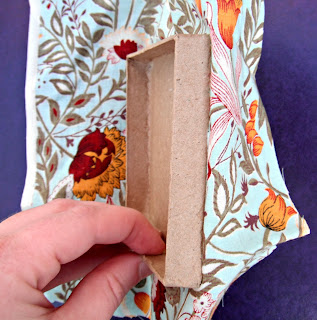 Step Three- Next, paint glue onto two opposite sides of the box. The glue should cover both the inside and the outside, fold your material over these sides and smooth. 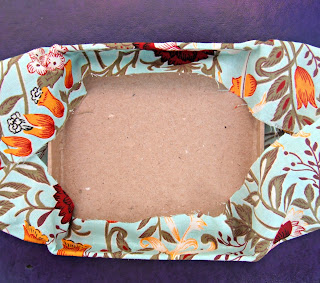 After waiting for your glue to dry for about ten minutes, paint glue onto one of the uncovered sides and fold in the fabric, like a present. You should be left with the side of lid looking like the picture below. 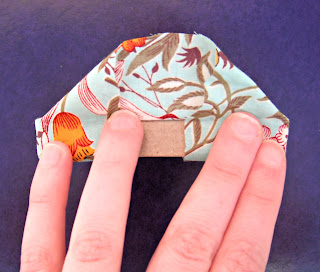 Paint some more glue on the inside of the box and tuck your material in. 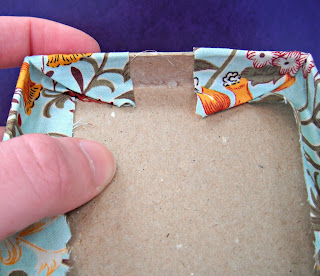 From the outside your box lid should look like this. Paint some more glue on the inside of the box and tuck this piece inside the lid. 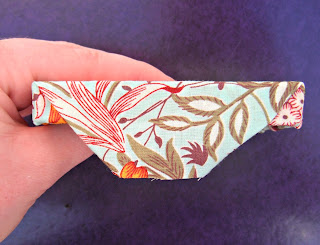 Repeat this step for the other uncovered side of the lid. It doesn't matter that the flat inside of the lid is quite messy, this will all be covered up later. 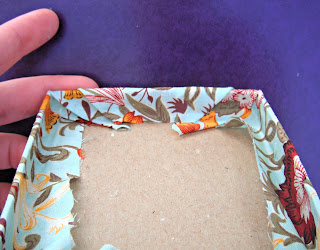 For the box itself, repeat steps one to three first. This is where it gets slightly fiddly. On the first uncovered side of the box paint your glue in a pattern like the one below and fold the two opposing sides of material inwards. 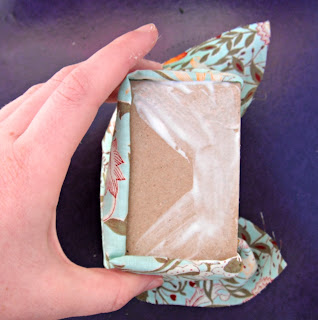 Then, paint the interior of the box completely with glue, and fold the material in to cover the glue. 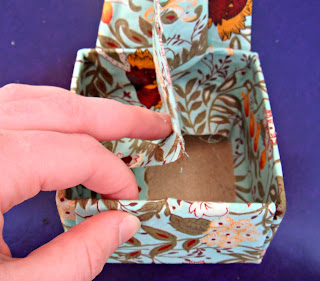 At this point, you should be left with a weird mohawk of fabric down the middle of this side of the box. This must be trimmed (like all real mohawks) so that the excess fabric doesn't get in the way. 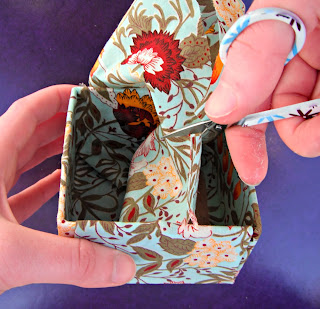 Then, as with the lid, fold the left over fabric like a present and glue it in place, both the inside and the outside. Repeat these steps on the remaining uncovered box side. 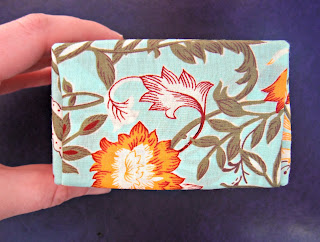 After all the sides are covered the inside of the box should look like this. Again, this is very messy, but it doesn't matter as it will be covered. 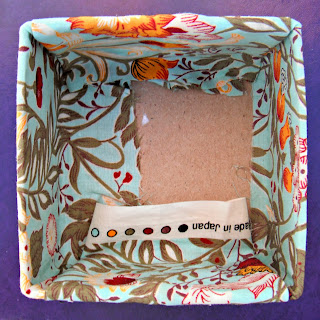 The final steps for both the lid and the box begins with cutting out two squares of fabric that will fit snugly into the bottom of the box and the inside of the lid. Then, smother, and I mean, the more the merrier, the uncovered sides of the box in glue. The glue smoothes the fabric that is already there so that the surface you glue the smaller square of fabric onto is even. 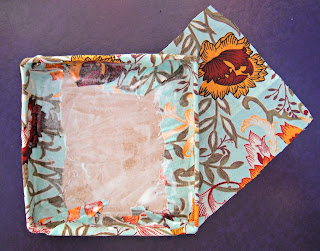 Place the square of fabric you cut out over the glue and after repeating this step for the remaining uncovered bit, you're finished! 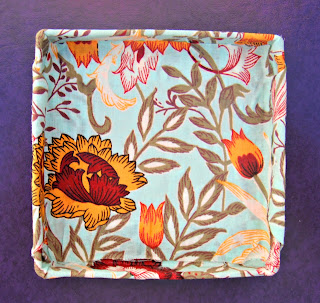 Are you guys excited that I made a gif! I'm so excited and although it's slightly uneven (that first picture...) I'm proud of my first gif!

The items that make up my sewing kit are;
A pin cushion, complete with pins
A tape measure
An old cotton reel with various cottons on it; black, white, blue and grey are common colours
A small plastic bag that contains the spare buttons that have come with various items of clothing
A needle wheel
A teeny pair of scissors

Of course this is just a basic, beginner sewing kit, you could add whatever you think you may need. 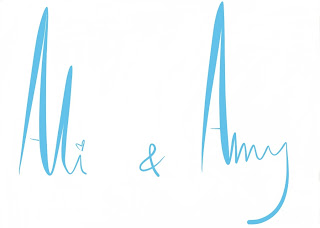